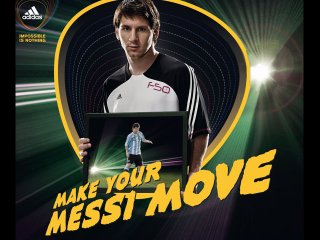 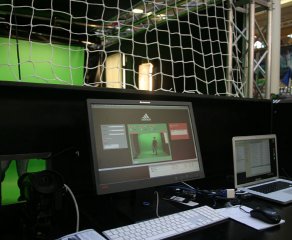 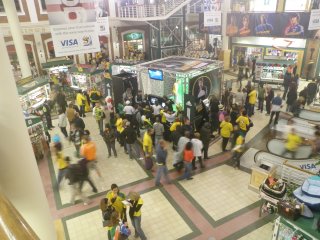 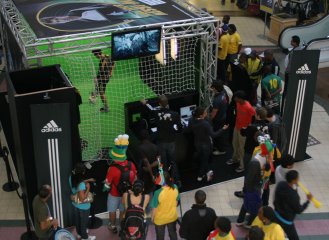 Based on my Thesis I developed at stilbezirk the Video Tool. It is basically a mobile Greenscreen Videostudio. The Videotool was used in Stockholm and in Capetown for the Fifa Worldcup South Africa. The visitors of the Videotool were filmed doing some tricks with the soccer ball and finally appeared together in a video with superstar Lionel Messi.

The main focus of the development was the easy operating of the Videotool, which was achieved by a almost automated process of the video production: The operator of the Videotool could start the video capturing by clicking a button in a simple UI. Then the visitors footage was keyed and merged automatically in a prepared compositing with Lionel Messi. After a few minutes the clip was rendered and could be handed over to the visitor on a USB-Stick.